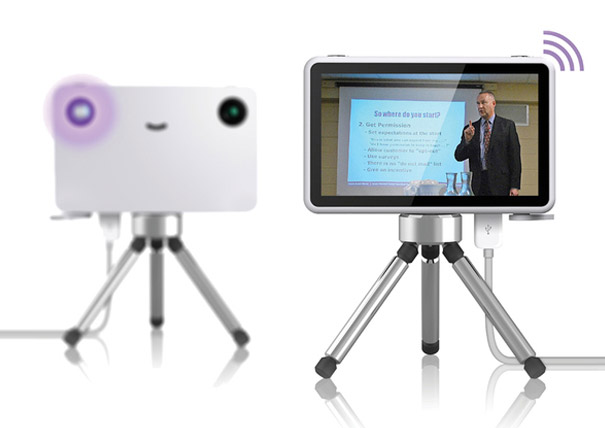 There are many things that can happen when people are inundated with massive amounts of technology, their brains can begin to fry, they can go live in the forest, some even try to change things by making typical blocks of plastic, cute and quirky. But usually those things just don’t work.

This Pico Projector concept wants to make my brain explode. It’s a combination of a Camera and Projector, allowing you to record your presentation for later viewing, while simultaneously projecting it. The down side of this is you only have one angle, it could get rather boring for the viewer seeing the same scene for so long. The upside is, its just one gadget and it has feet. Those feet are actually port covers, but you wouldn’t let the Pico use them otherwise it wouldn’t stand straight. We really wish something like this would exist, until then we’ll have to get used to traditional camera looking thing.