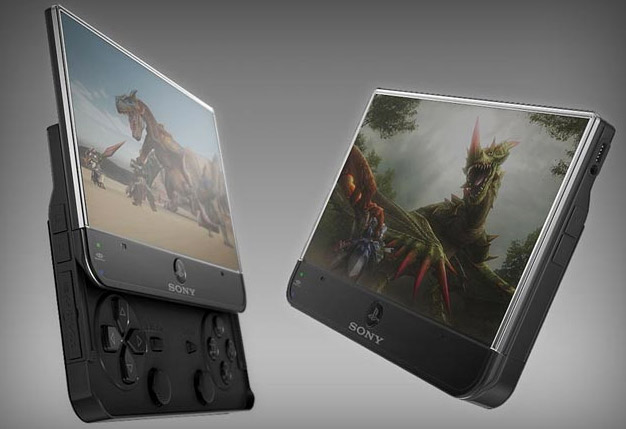 We haven’t heard a good rumor related to the next-generation Sony PSP in some time, even though a new version has been looming over heads for a while. Well, get ready to crank out some more conjecture, because the latest reports are saying the next PSP will have touch controls. On the back.

Heading over to Cologne, Germany for Gamescom this week, it seems that super select VIPs have been invited by Sony to test out the next-generation PlayStation Portable. They’ve been given some hands-on time with the prototype device and it has touch-sensitive controls on the back rather than on the front.

From what I can gather, this kind of interface could be very similar to something like the Motorola BACKFLIP with its touch trackpad on the back. Were also hearing about a “rich and detailed” screen, but no specific mention of technology used, pixel density, or resolution although it could have something to do with Samsung’s front and back touch capable screen. We do hear about dual cameras, four-cell processor, and embedded 3G connectivity though.

Considering that the Nintendo DS (and its successors) and Apple devices (iPad, iPod touch, iPhone) have all been doing the touch-gaming thing for a while, is Sony a little late to join the boat? Is this anything like how PS Move is supposed to be totally different from the Wii?

PSP Successor Has Touch Controls On Its Backside? [Kotaku]