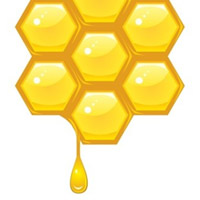 You’ve got to hand it to the crazy kooks at Google, particularly the guys and gals working on the Google Android team. They come up with the best codenames this side of HTC and it seems we know the name of Gingerbread’s successor. The next Android will be called Honeycomb.

It makes sense that the next Android, likely a 3.1 rather than a 4.0, would once again be named after some delectable food and that it would start with the letter H. I suppose Honeycomb isn’t so bad. The only other sweet thing I can think of is hot chocolate. Android 3.1 HoChoc, anyone?

With this in mind, who wants to have some fun naming the next half dozen Android versions? Start with I (or H, if you want) and go from there! Ice Cream? Jelly? Karamel 😉

Next version of Android to be called Honeycomb? [BGR]