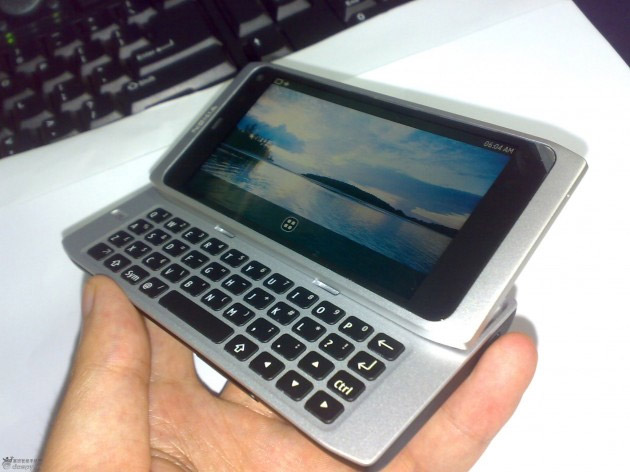 Nokia has just started taking preorders on its hot new Nokia N8 smartphone, but it seems its successor is already waiting in the wings for its moment in the sun. What you see here is what could be the first glimpse at the upcoming Nokia N9.

The most notable difference between the N9 and the N8, of course, is that slide-out QWERTY keyboard. The specs are spotty at best, but we fully expect this upcoming smartphone to be powered by the same Meego OS as its N8 predecessor. It’s shown here in silver, but a black version should also be available at time of launch too.

And what is the source of the this leak? Well, it turns out that it’s Eldar Murtazin again. Remember that this is the same guy that reviewed the N8 before it was released, getting raided by Russian police in a similar fashion as Gizmodo’s Jason Chen over so-called the bar-dropped iPhone 4.

We don’t know if Eldar happened to pick this phone up in an expat bar — the Nokia N9 shown here was spotted over in China — but he fully believes this is totally legit and the Nokia N9 will hit retail channels in the first week of December. As always, take rumors and leaks with a grain of salt.