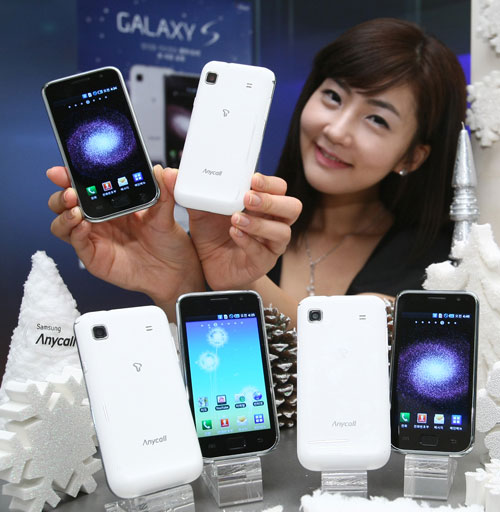 Are you in love with the Samsung Galaxy S in all of its different incarnations? Well, your brain just might explode with this latest iteration, because Samsung has just announced the Snow White Model. No mention of the seven dwarfs just yet, but who knows what Samsung has up its sleeve.

In all seriousness, the Samsung Galaxy S (SHW-M110S) has been revealed in a new Snow White variant that features a high-gloss white polished backing to go along with its chrome bezel and black front. They say that this is supposed to give it a “luxurious feel.”

The features on the Snow White model are identical to that of the non-white model, so don’t expect a higher resolution screen or an increase in megapixels for the camera. Samsung did proudly proclaim, though, that the Galaxy S is the fastest selling device in Korea with over 800,000 units sold.

Do you need a Samsung Galaxy S? Do you need the white one? The one with the bigger GBs? Now you can have that.