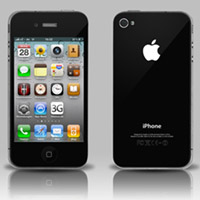 It’s almost ironic, really, when a product is manufactured in your backyard, but you can’t officially buy it before the rest of the world. At long last, the iPhone 4 will be sold in the world’s most populous country starting next month. That’s right. The iPhone is coming to China.

This has been a very long wait for people wanting to stick to legitimate channels, but China Unicom will indeed be launching the Apple iPhone 4 in September. The delay, it seems, is that getting a smartphone with Wi-Fi in China is troublesome. The iPhone seems to have overcome this obstacle.

China Unicom has the exclusive right to distribute the iPhone in China and it just so happens to have 315 million subscribers. That’s a lot of iCustomers who may want to get their hands on a real iDevice to work with their chosen iNetwork. The scary thing is that China Unicom is actually second to China Mobile in terms of number of customers.

Shortly after the iPhone 4 hits Chinese shelves, they’ll also be getting their hands on the Apple iPad. No firm dates have been announced, but it’s possible that the Chinese launch will coincide with the release of the rumored 7-inch iPad mini.