Home cars Tata Motors drives two new EVs to Europe
SHARE
Facebook
Twitter
Tata Motors is set to release its Indica and Ace electric cars by March 2011 in Europe. The electric Indica is a four door hatchback powered by lithium-ion batteries.  It has more size and power than the Reva Electric and can run for 175-200 km on a full charge. 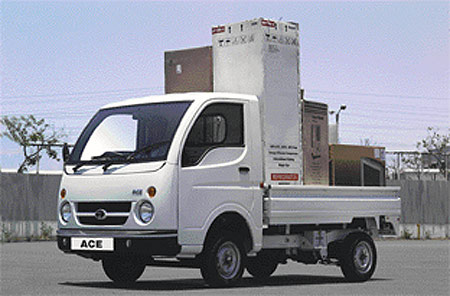 Tata Motors will also be releasing its first electric mini-truck, the Ace EV with a range of 72 kilometers and a loading capacity of 750 kg (1650 lb).

The green vehicles will first be launched in the UK, where the Tata Motors Technical Centre received a £10-million loan towards building the electric Indica.   The loan comes from the Alternative Fuels Infrastructure Grant Programme which promotes the development of electric vehicles by the UK Government.  Electric vehicles also enjoy government support in Scandinavian nations where infrastructure is already in place.  Denmark, Norway, and Sweden are therefore expecting to see the Indica and Ace EVs following their release in the UK.

Unfortunately, the electric Indica and Ace must travel a longer road to reach its domestic market.  “Infrastructure support, primarily the network of charging stations, is practically absent in India. We cannot have electric vehicles without Government support, especially for setting up stations,” said Mr. Ravi Pisharody, President, Commercial Vehicles.

Other upcoming projects by Tata Motors include Jaguar, Land Rover, and SUV hybrids.