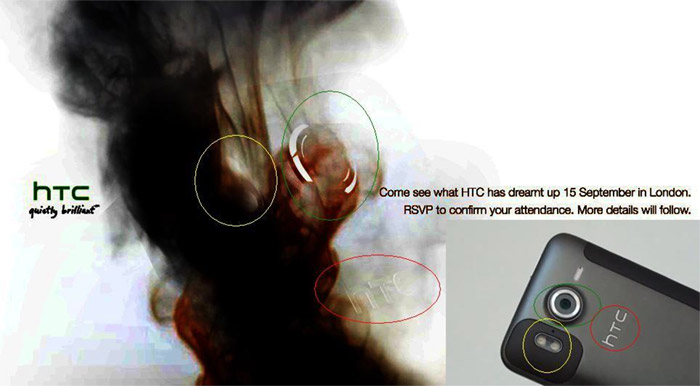 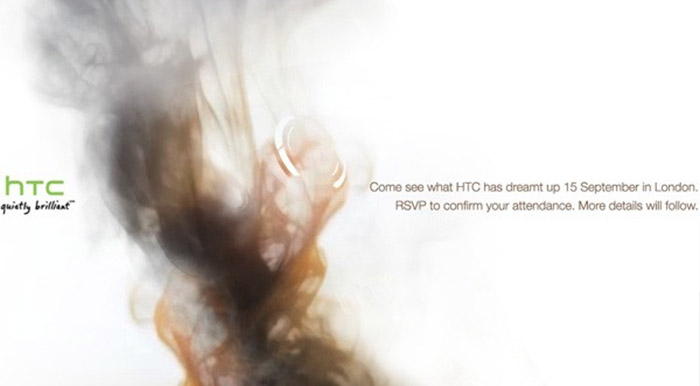 A new discussion has arisen from a teaser released this week picturing a smartphone covered with smoke. Next to the device, there is an invitation from HTC: “Come see what HTC has dreamt up 15 September in London”. It seems that HTC is pretty confident about their smartphone releases. However, recently leaked specifications from the yet to be released HTC phone makes us believe that they don’t know what they’re doing at all – features that have been available for some time now are still missing.

Although the teaser image does not give much information about the device, Photoshopers have managed to reveal some parts of it, which clearly leads us to believe a recently leaked phone: the Desire HD. At first, we thought it would be a nice phone, with high-end specs. Yet it seems to be missing some key features, such as the earlier mentioned HDMI-out, front facing camera, and kickstand.
That makes us wonder what exactly is HTC proud about? Is the Desire HD going to be the next flagship smartphone? And will they accept that their flagship has lesser specs than devices that are already out? We hope to have answers on September 15th from London.

On September 15 we will see new phones of HTC [Mobile Bulgaria]
HTC schedules September 15 event, leaves us guessing as to what it’s launching [Engadget]