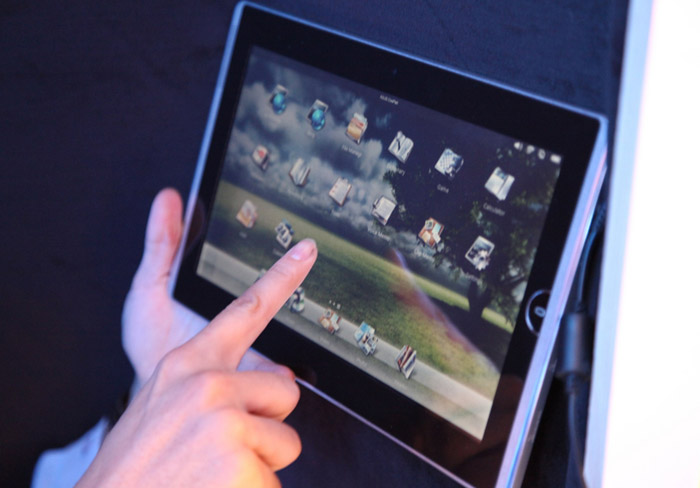 Is it a mistake that Asus plans to launch their first Eee Pad tablet on the Windows 7 platform? Asus is a company that likes to cover as many bases as possible, so it’s a natural move for them to release for the platform they can go to market quickest with, then fine tune things in other areas for other markets.

Their first offering is expected December 2010 or January 2011 and is a Windows 7 touchscreen tablet sporting a 12-inch LCD. CEO of Asustek Jerry Shen says it will cost around $1000 USD and have a docking station. Speaking at the companies second quarter earnings conference Friday. That’s quite a hefty price for a Windows tablet, but according to Shen justifies the price. Hardware is much more demanding and manufacturers tend to pack them with every single option known to man. They are basically laptops stripped of their QWERTY-ness. The Eee Pad EP121 will run Microsoft Windows 7 Home Premium and tout a beefy Intel Core 2 Duo processor inside.

“If you want to compete with the iPad, you have to do more than just be less expensive,” Shen said. “You have to offer more features. We want to spend more time perfecting the [Eee Pad] before we launch. We’re looking more at Q1 to launch the devices.”

A second Windows tablet is slated for around the same time, but with Microsoft’s Windows Embedded Compact 7 software and will cost you between $399 and $499 USD.

Asus does make the Garmin-Asus Android GPS smartphone as well, which as of late has been accepted to be unsuccessful by Garmin. While Asus having Android experience on their belt, and a good core team of Android engineers now moving to the tablet division things could look really good by the time an Android Eee Pad tablet is read for the world. Shen says you can expect to pay less than $399 USD for the Android tablet, does that mean $398? Anyhow, it will be slated for a later release in March 2011.