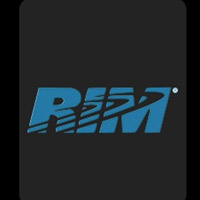 The BlackBerry Torch, in many ways, is supposed to compete against the Apple iPhone 4. In much the same manner, the Apple iPad could be facing some competition from RIM’s upcoming tablet. And now, we’re hearing that the so-called BlackPad could launch this November.

We’re already reasonably confident that a Research in Motion Black Pad is in the works and it will be designed largely to work in tandem with a BlackBerry device. That’s partly why, according to Financial Post, that the BlackPad will not come with a 3G-equipped option. That’s good and bad, I suppose, because you can still latch onto the Internet via a Wi-Fi connection, possibly tethering with your chosen BlackBerry smartphone. The rumors also point toward dual cameras (front and rear) and Bluetooth.

Most people are assuming that the RIM BlackPad will run on some variant of BlackBerry OS 6, but Wireless Ground is reporting that it could be Android under the hood instead. That sounds pretty out there.