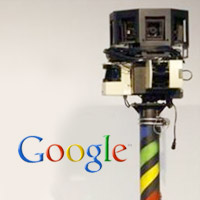 Google’s Seoul office in South Korea has come under fire for illegally collecting data from their Street View vehicles. This comes just two months after a global investigation began in countries like New Zealand and Australia regarding a each of privacy from Google Street View.

The search engine giant has been working on launching Street View in South Korea since last year, but it seems they’ve bitten off a little more than they can chew. You see, Street View works by sending a car around town with a whole bunch of cameras strapped all around it. It takes pictures, this gets mapped via GPS, and the system amalgamates it all into great panoramic views. The system also collects information from open Wi-Fi networks

The trouble, it seems, is that Google Korea LLC may have participated in the “unauthorized collection and storage of data on unspecified Internet users from Wi-Fi networks.” While the Google Street View car races around town, anyone with an unencrypted open network may have their data lifted.

Google said in May that they had “mistakenly” gathered wireless internet data while patrolling residential streets with streetview photography. Of course, there was a custom software package developed to do this, so it was no mistake by the engineers, perhaps just a mistake in actually doing it.

”We will co-operate with the investigation and answer any questions they have,” Google said.

Personally, despite some of the privacy concerns, I think Google Street View is great. It’s so useful! Hopefully our Korean cousins can get over this hump and enjoy Street View with us too.