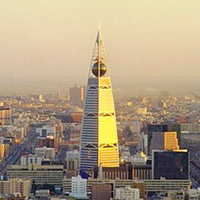 The unveiling of the BlackBerry Torch with an abysmal display has really been overshadowed by Research in Motion’s woes in the Middle East and other countries. As you may have heard, the BlackBerry ban on service is happening in a number of nations who have already banned, or are in the process banning the Canadian-made messenger device. In an effort to get back in, RIM is apparently installing new servers.

Whether they’re going to do this for every market being affected, remains unknown, but it has been confirmed by Reuters that RIM is installing at least three BlackBerry servers locally in Saudi Arabia. This will better satisfy the government’s query in wanting the power to intercept BlackBerry communications from “bad guys.” However, if these negotiations are similar to what’s going on with BlackBerry in India, the information accessible by government officials could be no more than simple message metadata. It’s better than nothing, I suppose, but it’s not like RIM is just going to hand over the keys, right?

The three new local servers are only setup to serve the Sauds. Is RIM prepared to fork over the money to do the same for UAE, Kuwait, Lebanon, Indonesia, Tunisia, and Algeria? And more countries are likely going to join the list, probably a far cheaper solution than losing those customers.