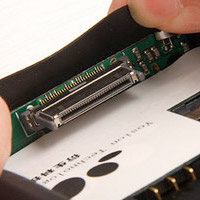 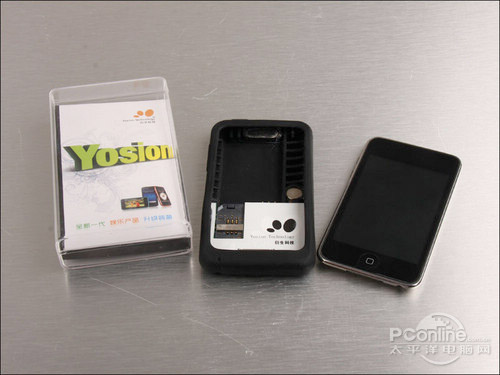 About a week ago, we caught a glimpse of the Apple Peel 520 case, which effectively transforms an iPod touch into a nearly functional iPhone. It grants the iPod access to a cellular network for voice calls, text messages, and so on. Well, that Peel case has now been reviewed, and I’m not that excited about it as I initially was.

The Apple Peel 520 wraps around the iPod touch and links itself via the standard Apple dock connector. Inside the Peel case is a spot for a regular SIM card, but you will be left with slower speeds; there’s no 3G support at this time. The case does come with its own removable 800mAh battery though, which is good for adding 3 hours of talk and 120 hours of standby.

To get it to work, you’ll need to use the iPhone voice calling and text messaging apps on your iPod touch. That requires some jailbreaking on your part; that’s all legal now, and super easy. You’ll also need the Yosion and YsSMS apps to use the adapter.

The long and the short of it for the $57 Apple Peel 520 is that it works, but it’s not without its problems. Incoming phone numbers may not appear, ringtones cannot be customized, adjusting the call volume does nothing, and incoming calls do not light up the iPod touch display. Strangely, the accepted call cannot end until the other party hangs up. You also can’t delete single text messages, nor can you send to multiple recipients.

Yeah, maybe you’re better off with a real iPhone.