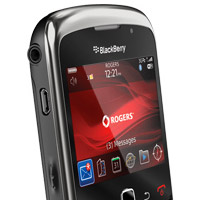 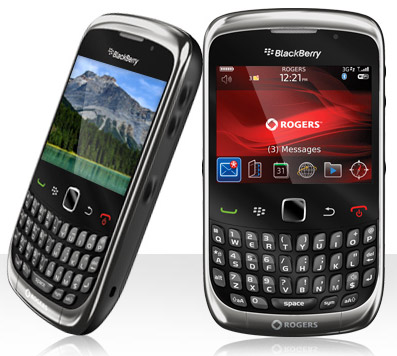 It’s not quite the BlackBerry Torch 9800 that we saw yesterday, but it is new. What you see here is the BlackBerry Curve 9300, which was formally announced for Rogers Wireless today. Also known a little more simply as the BlackBerry Curve 3G, this phone won’t ship with BlackBerry 6, but it is confirmed by our sources that it will be eligible for an upgrade at some point in the future. Running through the features, we find the now ubiquitous trackpad and QWERTY keyboard, a 2.4″ QVGA display, Bluetooth, WiFi, HSPA 3.6Mbps, GPS, 2.0MP camera, 256MB memory, and microSD slot.

No, it’s not exactly exciting, but the BlackBerry Curve 9300 will probably get the job done. Find it for $79.99 with a qualifying three-year contract. Wait for a review to follow soon.