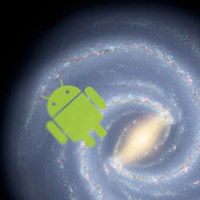 If you’re rocking one of those new Samsung Galaxy S smartphones, but feel like you’re being a bit left behind in the latest Android update department. Not for much longer, Samsung is ready to push a frosty cup of Froyo your way.

Officially confirmed by Samsung UK Twitter account, Android 2.2 Froyo will indeed be released on all networks for the Samsung Galaxy S. This is the UK account, but if it’s ready for the Brits, the assumption is that it’ll also be ready for people on this side of the pond too.  The update is slated for a September rollout, which still puts owners two full months away from enjoying the updates. By that time you will have heard so much about Gingerbread that Froyo will have almost melted in your cup.