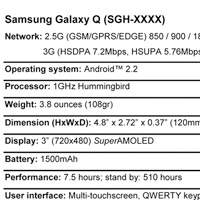 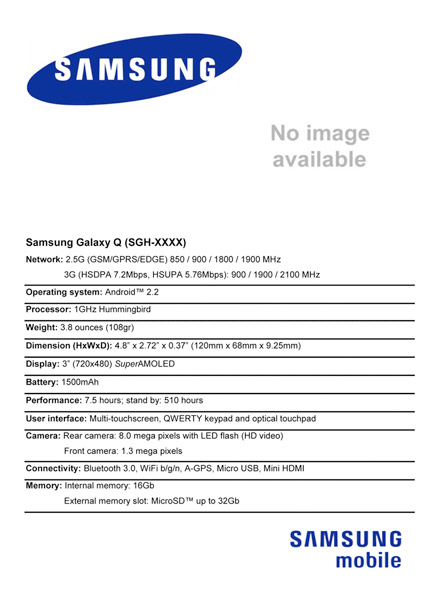 You know how Samsung is giving away the Galaxy S to frustrated iPhone 4 users? It could be that they’re just making room for the newest hotness on the block, because here are the leaked specs and features for the upcoming Samsung Galaxy Q.

It’s still a rumored device for now, but this Android 2.2 phone sounds like it could seriously be a hot one. For starters, you get a 3.0-inch Super AMOLED multi-touch display to go with the full QWERTY keyboard and optical touchpad. Some people are saying that this lends itself to a slider, but a BlackBerry-esque bar phone could very well be possible too. Remember the Samsung Epix? Maybe like that, but so much newer and nicer.