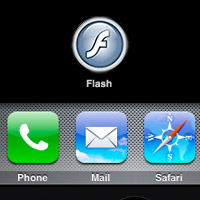 News came today as the US Government announced new exemptions to the Digital Millennium Copyright Act (DMCA). One of the most notable and perhaps useless exemptions is the iPhone Jailbreaking grant. It is no longer “illegal” to Jailbreak your iPhone or other similar Apple device according to a U.S. Library of Congress ruling today. What does this mean? Well, you will no longer be facing criminal charges if you installed Cydia on your iPhone. But most importantly, it protects the application developers and Jailbreakers out there from prosecution. They can go on for three years (this is how long the new exemptions are valid for) creating unsanctioned apps for the iPhone and iPad for use on jailbroken devices. We can expect to see Jailbreaking services from people for a fee. Although it’s probably one of the easiest things to do to your iDevice. The exemption also allows cellphones to be unlocked for use with any carrier. This was apparently against the law prior to this announcement, but as well all know, it hasn’t stopped anyone before. The lawmakers hardly have enough time to manage real crimes, let alone ones that involve the unlocking of a gadget.

This ruling does not force Apple or other manufacturers to stop their digital encryption and protection methods. They can still void your warranty if you bring them an unlocked or jailbroken phone. What it can do is legitimize the developments from companies like Adobe and Mozilla to create third-party applications for sale from unsanctioned app stores, for use on jailbroken iPhones. More specifically, Adobe could now create a Flash plugin for a fully-featured FireFox browser which you have downloaded legally from Cydia and Apple couldn’t say a thing about it.

Question to readers, are you content without Flash on your device and sticking with the Safari browser, or would you like a “full browsing experience” as some might call it?  Just answer below and you will be entered to win a Novothink Surge solar charger for iPod Touch worth $70.

[Yahoo, MacWorld via US Copyright]