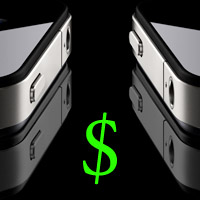 Despite some of the “death grip” controversy, the iPhone 4 has still managed to do quite well for itself in the United States. It took a little longer than we would have liked, but now the latest iPhone is ready to head north of the border to Canada this Friday. And they’re offering it unlocked too.

To put that in perspective, the iPhone 3GS 8GB can currently be acquired in an unlocked state for $549. It can only be expected that the iPhone 4 will cost more than that. The only question that remains is whether you want to pay the unlocked premium and spare the shackles of a contract, or if you want to ink a new agreement and get a substantially subsidized price.