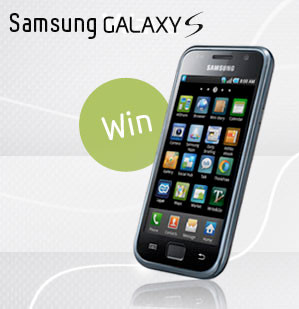 This takes some real guts, and it’s one of the more unconventional marketing tactics, but it just might work out in favor of the Korean smartphone maker. It seems that Samsung is reaching out to frustrated iPhone 4 owners on Twitter, offering them a free Galaxy S as a replacement.  That’s right. Free. No contract. No obligation. No commitment. Here are the details, @samsungukmobile is giving out a limited number of free Android phones to people who have voiced their frustrations with the iPhone 4. This campaign has been verified as legitimate by Samsung, so it’s no trick.  They are also offering “trials” of the phone, but not keepers.  So you can see how it compares for yourself.  Samsung says they’re “confident that once people have the phone in their hands, they’ll see how impressive it is for themselves.”

As a quick refresher, the Samsung Galaxy S runs on Android 2.1 and boasts a 4.0-inch AMOLED display. By having a few more of these in the hands of real people, Samsung might be gaining some guerrilla-based ground in the mobile market. Maybe. But this does seem like a UK-only thing, at least for now.