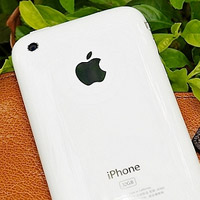 The white iPhone 4 has been delayed yet again. We may be led to believe that this is partly related to the whole “death grip” phenomenon, and it could be, but the official reason has something to do with the “manufacturing” process. Apple isn’t entirely clear about what the problem is, but some have said the issue is getting the paint thick enough to look good while still giving enough space to fit it in the case. Back on June 23, a press release was issued saying the white iPhone 4 won’t be ready until the second half of July. Set to miss that deadline, Apple blasted out another release today saying that the white iPhone 4 “will not be available until later this year.”

On the bright side, Apple is quick to point out that the “availability of the more popular iPhone 4 black models is not affected.” So yeah, just go get a black one, ’cause this white iPhone could take a while. It’s actually good to see Apple not jumping the gun on this, and making sure manufacturing is entirely up to spec. In the meantime, Colorware, anyone?