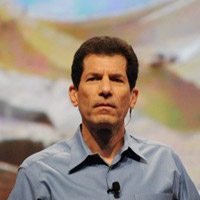 In an interview with Fortune, HP’s Jon Rubinstein, former CEO of Palm, stated that webOS 2.0 is slated to be released “later this year.”  That’s a good indication that we can look to expect a few different devices coming from the Palm and HP camp; since they are working on developing new hardware “aggressively.”  I personally would love a Palmpad, or even a revamped Pre 2.  We’ll see what ends up happening, but that time frame sure sounds better than our previous 2011 estimate. For all we know we could have a Slate in our hands by Christmas.

Speaking of the Slate, HP Personal Systems Group VP Todd Bradley added that the tablet will be “more customer-specific than broadly deployed,” and that it would launch the Microsoft-based tablet with an aim towards “the enterprise” later this year.   What it sounds like is that Windows-tablets will be focused for corporate customers, with the webOS division geared towards consumers.