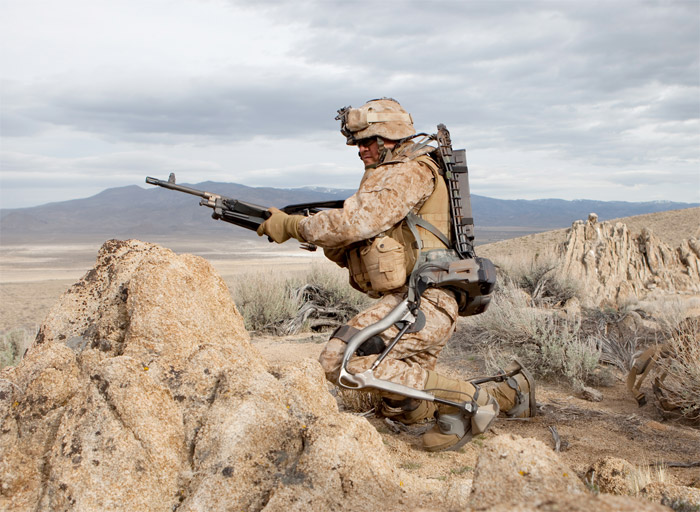 You wont see soldiers catching missiles in mid air, or flipping tanks with one hand.What you will see is bigger backpacks and heavy gear,  up to 200lbs worth. The HULC stands for Human Universal Load Carrier, it’s an anthropomorphic exoskeleton part of a robotic militarized masterminded plan funded of Lockheed Martin. They aim to get troops to the battlefield with plenty of gear and without using too much energy so they can still take on the enemy.

Its an autonomous system because it can sense what the wearer wants to do, or where to go, and mimics that movement or direction. It weighs 53lbs, but the HULC can carry its own weight. You would think technology like this would be better suited for the disabled, but I suppose War comes first. HULC testing will go underway with a full on eight week scenario. Following that, HULC wearers will set out for real blood in 2011.