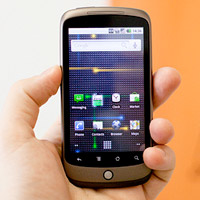 Google has shut down their web store and stopped the sale of their Nexus One Android phone. They ordered one last batch of from HTC, and now that supply has been depleted. That’s right. Google has completely sold out of the Nexus One. We knew that this was going to be the last batch to be made directly available from Google, but we didn’t know that interest in the Nexus One would be quite this high. They sold out awfully fast, especially for a handset that isn’t exactly new anymore.

Does this mean that you have no way to buy a Nexus One anymore? No, not at all. If you happen to be living in places like Australia, France, Germany, Italy, Spain, UK and South Korea, there are carriers there that will not only sell you a Nexus One, they’ll subsidize it (with contract). Google is also planning on selling the phone directly to registered Android developers.

If you happen to be reside outside of those countries, you can always turn to those third-party importers to get your hands on a Nexus One instead. Sure, you could just opt for any of the many other Android phones, but remember that the Nexus One was and is the only “official” Google phone. That’s special.