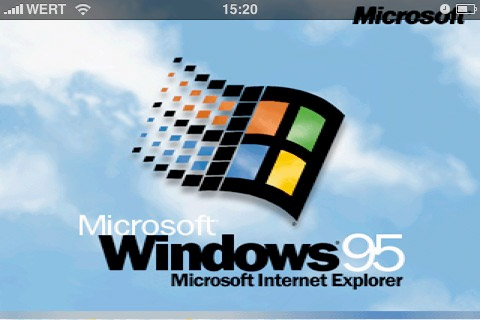 My first real smartphone was an HTC running Windows Mobile 5. I told my friends that it was like carrying around a mini computer, albeit one from a few years back. Today, we seem to have realized that exact experience.

For some inane reason, the crazy kooks at XDA-Developers have decided to port over a version of Microsoft Windows 95 to the Google Android platform. Yes, it means we’re going backwards in time about 15 years, but it means that you can relive your solitaire dreams on the go. There are actually two different versions of Windows 95 for Android floating about out there. There’s one version that is quite slow (just like the original!) but is reasonably stable. The other version isn’t all that stable (just like the original!), but it’s a lot faster. Pick your poison.

As always, proceed at your own risk with any of these kind of homebrew developments. Just hope that you don’t end up with a random blue screen of death when you give it a try.