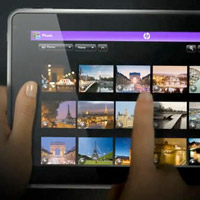 All of the puzzle pieces are starting to fall into place for a major competitor to Apple and their iPad. It may no longer have the HP Slate name we’ve been hearing over and over, however,  it appears that HP has filed for a trademark on the name Palmpad.  This is line with all the previous news and rumors that HP is largely abandoning the Google Android-powered and Windows 7 versions of its tablet. Instead, they’re focusing energies on their newly acquired webOS platform. That is, after all, why HP chose to buy Palm in the first place isn’t it?

The names of products are largely a personal affair. They may be a hit with one crowd, and a total miss with another, but I think “Palmpad” just works. It’s a pad that fits in the palm of your hand. And then, well, there’s Palm’s webOS under the hood.

Naturally, since nothing has really yet to be confirmed, we can’t really give any hard specs or features on the HP Palmpad. We can, however, guess that given the current timeline, we could be seeing a new product hit the marketplace as early as Q1 2011.