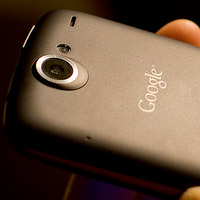 It was widely heralded as the first real “Google Phone” and now it will soon be laid out to pasture. If you were hoping to get your hands on the Google Nexus One smartphone, I highly suggest you do it very soon, because Google has placed its final order with HTC for the device.  After stock from this shipment is depleted Google will no longer be selling the Nexus One through its official online store. Nada. No more. Kaput. You have plenty of other options in the Android realm, like the HTC Droid Incredible, but the Nexus One holds a special place in cell phone history.

That’s the bad news, but there are two smaller tidbits of good news. First, Google will continue to offer support through its customer service lines. So, if you already have one of these devices in hand, you can still get help when you need it. Second, Google is looking for a way to continue selling the Nexus One through a sales partner, but these sales will be restricted to registered app developers.

I guess you go out and buy just about any other Google Android device offered through your carrier of choice, but those oftentimes contain some carrier-specific doo-dahs. The Nexus One is, as far as we can tell, the only true clean-slate and completely unlocked Android that you can get on a very official basis.  Are we to expect the Google Nexus Two?