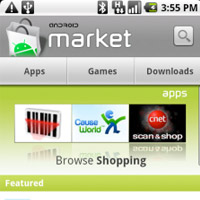 Google has released their Q2 earnings, and with that, an official word on the size of the Android Market. Now with over 70,000 applications, the Android Market is the second largest application store for mobile devices. Senior VP Jonathan Rosenberg announced the numbers yesterday. Although it’s still a ways behind Apple’s 200,000 apps in the iTunes store, the main question is can developers earn a living off the Android Market, as they can with the iTunes store? The answer is debatable, but with fragmentation of devices and apps not working across all Android versions, and Google not featuring apps the same way Apple does, it’s not the best place right now.