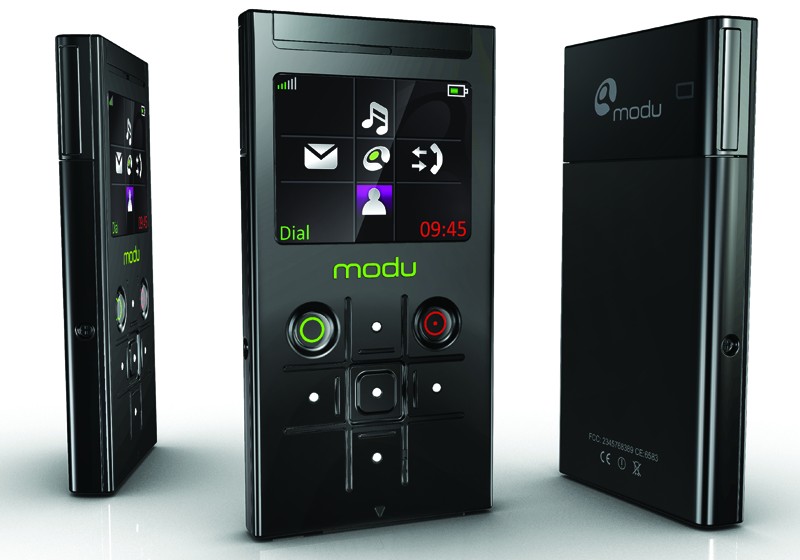 No, that’s not another generic MP3 player waiting to be hawked on eBay. What you are looking at is the Modu phone, and it is indeed a cell phone that claims to be the world’s lightest yet.

It doesn’t really have access to a vast app store, and it probably isn’t your best bet for checking email on the go, but this is about as compact as it gets in the world of mobile phones. As it stands, the Modu phone has already launched in Israel and it has just now been released in the UK too.

The specs are understandably anemic. It can take calls, send messages, and play music from its 2GB of internal memory. There is no touchscreen, no expandable memory, and no camera. You can, however, throw on some of the available “jackets” for additional functionality. The night jacket has a 3.2MP cam and the sport jacket has a pedometer.  A photo album doubles as a dock and can display JPEG, BMP, GIF, TIFF, PNG while playing music.

You can find the Modu phone available through the Purely Gadgets online store for 130 quid, tossing in extra 50 pounds or so for the different cases and jackets. If you want more, you might want to wait for the rumored Modu 2 with its touchscreen, 3G, and maybe even a QWERTY keyboard.