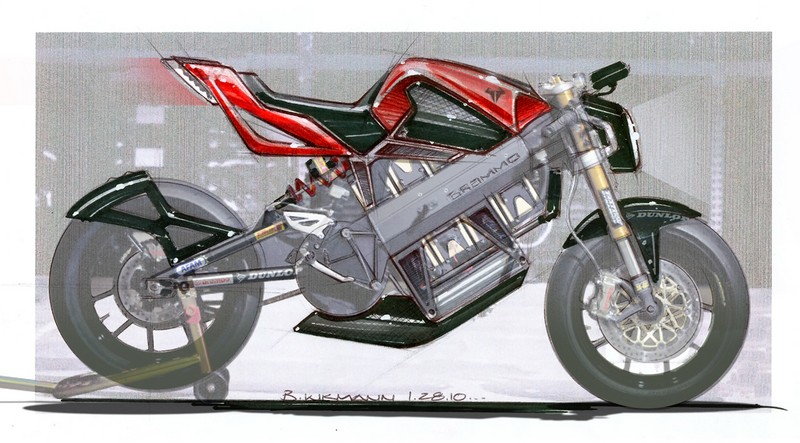 Brrammo has demonstrated a pre-production prototype of their new electric motorocycle, the Empulse.  What looks like something from the Mad Max era, the Empulse can clock in over 100 mph and can reach a 100 mile range on a single charge.   If you’re going to be traveling 100 mph you’re obviously not going to reach the optimal range. Brammo is releasing three variants of the Empulse 6.0 capable of a 60 mile average range, Empulse 8.0 capable of 80 miles, and the Empulse 10.0 capable of 100 miles.  Range can be increased by riding at lower speeds.

“We thought it would be 2012 before we would see this level of performance and range, especially at this price,” Craig Bramscher, Founder and CEO of Brammo told Fast Company. “The development work we have been doing for racing has led us down a path that let us evolve our battery technology very quickly. We think that the future of EVs is actually here now (Or at least as soon as this bike ships and customers take delivery!)”

The Empulse hasn’t hit Brammo’s website just yet, but as soon as it does customers can pre-order them for a mid-2011 ship date in the USA, and globally through motorcycle dealers shortly thereafter.  Even some Best Buy stores are supposed to be getting them.  Prices start at $9,995 for the lower end 6.0, and go to $13,995 for the 10.0.   If you happen to be in California, the Empulse is going to be shown at the 2010 Red Bull Grand Prix the Mazda Raceway Laguna Seca in Monterey, California, July 24th.