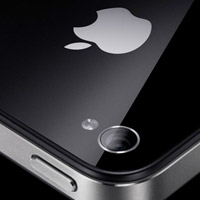 Reports of Apple working at launching “something new” through their retail chain of stores got mildly noticed this week. Apple Insider reports indicate an internal news bulletin was sent out to employees, details were scarce but the unknown product or service, which may or may not be the iPod Touch 4G, is expected to make a “big” impact.

Retail employees reciting phrases like “It’s Coming!,” and “It’s going to be big!” were featured inside a collection of video clips. This makes us look more closely at Digitimes reports on an updated Apple iPod Touch with A4 processor expected either next month or September. An iPod Touch built around the new iPhone 4 style is a no brainer, and without any cellular capabilities would be a relatively problem free product release for Apple.  Although an 83-page Apple document could lean towards a retail store only announcement, detailing mobile kiosks, near-field communications (NFC), and simple barcode scanning in conjunction with an iPhone App titled “Products +” which is expected to help customers with products and services they currently own, or plan to buy in the near future, according to IfoAppleStore.com.

Reports also indicate a new Macbook Air notebook is on the horizon for release in the “second half of the year,” it will of course be “even slimmer and lighter” than the existing ultra slim and ultra light models.