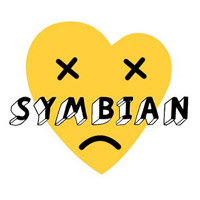 Don’t let anyone tell you otherwise. No matter how popular the iPhone and iOS have become, its market share still pales in comparison to Nokia and the Symbian OS. However, things aren’t all sunshine, lollipops and rainbows in Symbian land.

According to Gartner analyst Nick Jones, Symbian has been surpassed by its primary competitors. The Symbian platform may still be the world’s most widely used mobile OS, but it has fallen behind iOS and Android (as well as BlackBerry for that matter).

Jones is saying that Symbian has grown complacent, allowing the others to innovate while it contineus to “rearrange the deck chairs.” Even the future iterations of the Symbian platform fail to offer enough innovation to make the OS stand out. As such, Symbian’s market share is declining and this decline is accelerating.

I’m a Nokia user myself and, as much as I like the hardware, I have to agree in respects to the software. Symbian just feels like it’s a generation or two behind of what iOS and Android are doing. If Nokia doesn’t come forward with something stellar, like a massive overhall of Symbian^3 or Maemo, its days really are numbered.