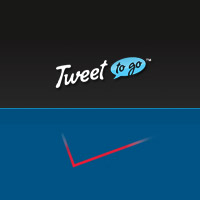 Verizon Wireless announced this week a new service that will allow customers to share photos via Twitter. The software, dubbed TweetToGo created by TweetPhoto and Pelago, offers such features as Tweeting, replying, email link and direct messages. Picture features give users the ability to take, preview and send photos taken with their phones to TweetPhoto and swap them with friends.

Other features will include multiple user accounts, trends, saved searches and GPS geo-tagging for pictures. Hardcore Twitter users have been clamoring for a top notch, fully featured Twitter client for some time.

Verizon expects the app to add significant consumer interest to their devices. Director of business development and partner management at Verizon Wireless recently noted “Verizon Wireless is excited to bring this new app to our customers using 3G Multimedia phones. Adding new capabilities for popular social media apps is a great way to add value to these handsets.”

TweetToGo is developed for Qualcomm’s Brew Mobile Platform operating system, and is available as a free download from Get It Now/Media Center. It is compatible with over 25 different Verizon Wireless mobile phones (list here) and can be downloaded from any of those handsets, or from their online media market. Verizon clearly understands the importance of committing to the booming interest in social networking on the go and hopes TweetToGo will lure in a large portion of “Twitaholics” in the near future.