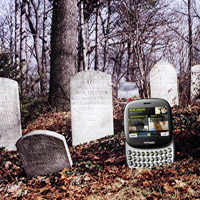 After just under two months on the US market, Microsoft will discontinue production of their Kin One and Two mobile phones. Contributing factors are presumed to be poor sales and a shifting of focus towards the company’s Windows Mobile 7 operating system.  The Redmond-based computer software giant, confirmed the remaining stock in the US will continue to be sold until the channel runs dry, although the planned fall release for the two Kin devices has officially been halted.

The suspected root cause of the discontinuation is said to lie in the prolonged development cycle of the Kin, which saw smartphones produced by the competition with much more complex and appealing features released. Microsoft’s uniquely shaped slider phone, sold heavily on the social networking abilities of the device, was thought to be too clunky and inconvenient for the expectations of the core audience it was targeting. Receiving retweets and multiple replies was often impossible, something users did not grow accustom to. It also lacked an internal calendar feature, something many users consider absolutely vital in their day to day planning.

Rather than support hardware that perhaps should’ve been scrapped before release, Microsoft decided to phase it out and focus all of their attention on their upcoming Windows Mobile 7 phone. The division that oversees Microsoft’s Windows Mobile devices is expected to experience a shakeup in light of an avalanche of fierce competition from Apple and Google. With the Kin not reaching sales expectations, Microsoft is not hesitating to abandon any product that won’t immediately assist them in their goal to reach mobile dominance.