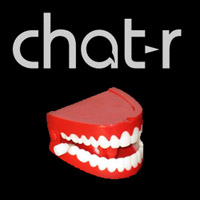 Personally, I don’t really understand the thinking behind this move. I always thought that Fido was supposed to the affordable cousin in the Rogers family, but it seems that Chatr is indeed for real and it’s coming soon. Adding a third brand under the Rogers umbrella, the main arm of the company will continue to do their corporate thing, with Fido becoming the mid-tier brand and the new Chatr will be the unlimited, no frills brand.

I thought they re-engineered Fido to compete with Solo and Koodo, but I guess Chatr is here to compete with the likes of Wind and Mobilicity. As I understand it, the new Chatr wireless brand will offer unlimited talk and text plans that are more in line with the bottom bracket competition. They’re also doing no contracts, just like the other newcomers.  The rumor is that Chatr will launch with the Nokia 2680 Slide, LG Sapphire, and Samsung Gravity. We’re also hearing that Chatr will be made available initially in Toronto, Calgary, Ottawa, Edmonton and Vancouver later this summer. These happen to be the same markets where guys like Wind are making some headway. No matter to Rogers, they already have quite the infrastructure already in place.