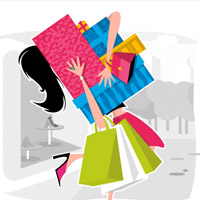 Remember when there were all those anti-trust allegations surrounding Microsoft and its acquiring of several smaller companies? While MS still goes around buying people out (like Danger), other firms are doing much the same. In fact, according to industry experts, Apple and Research in Motion could both be on the cusp of some major acquisitions.

The rumors come by way of Business Insider and an “off-the-record” dinner. Starting with Apple, the acquisitions will likely surround a greater ability to invade your living room. Steve Jobs and crew are already doing well in the mobile sphere with the iPhone and iPad, but they’re not quite in the living room yet with Apple TV.  To combat Google TV and the Xbox 360, Apple could be buying out some companies to help it create a new Apple TV-like device. This new machine would be smaller, more iPod-like, and run on iOS. It would ease the process of bringing iTunes to your home theater, not to mention the possibility of TV-based apps (much like Samsung Apps on TVs and Blu-ray players).

Switching gears to Research in Motion, the company best known for its BlackBerry line of smartphones could be looking to buy a mobile advertising company. An in-house, integrated solution would help it fight AdSense, iAds, and other platforms. It’s even rumored that RIM wants to buy Opera, since they just bought AdMarvel.