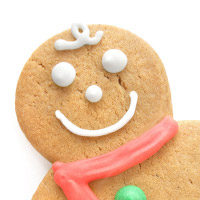 Forget about Google Android 2.2 Froyo. You’ll want the newer Google Android Gingerbread (2.3) that’ll come pre-loaded on the HTC Vision smartphone. At least, that’s what the latest rumors are leading us to believe.  We don’t have any kind of firm confirmation, or even initial renders for the HTC Vision, but this smartphone sounds like it’s going to be a beast. In addition to boasting a yet unreleased build of Android, the Vision will also get a dual-core 800MHz processor. This might be an underclocked version of the dual core Snapdragon, but I can’t say for sure.

But wait. There’s more. The HTC Vision will also have a 4.3-inch display, 8-megapixel camera, and a full QWERTY keyboard. By the sounds of things, this phone will be launching with T-Mobile later on this year, probably closer to the holiday shopping season.

The dual core processor sounds like it could be great for all kinds of heavy lifting, but based on the current battery lives of many smartphones (like the HTC EVO 4G), I’d be concerned about how long it can last until you reach for a wall outlet.

Oh, and there’s that rumor about a Motorola Android phone with a 2GHz processor. That’s just nuts.