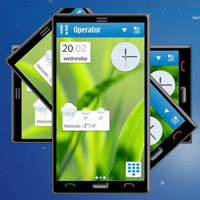 You have a lot of smartphone choices these days, whether it be an iPhone, BlackBerry, Android, even a MeeGo. While I have been a fan of Nokia hardware for some time, the Symbian software hasn’t exactly been stellar. Symbian^3 was supposed to change that, well, Mobile-Review has been kind enough to offer an extensive review of the newer operating system platform. That’s the good news. The bad news is that the don’t sound all too happy about the new OS.

Symbian^3 is a step in the right direction, compared to the S40 and S60 variants, but it still trails well behind competing platforms. In fact, they say that Symbian ^3 is still “several generations” behind the current competition, meaning it’s already handicapped before it leaves the gate.  Sure, it’s more aesthetically pleasing, and yes, the menus look easier to understand than Symbian builds of old. However, this new “flagship” smartphone platform is “inferior to the already existing solutions” and it can only make these other offerings look great by comparison.

At some point, I think Nokia just needs to cut its losses and jump on the Android bandwagon. This whole Symbian thing isn’t working out, at least in the North American market.  If you were considering an S3 phone over another, perhaps take a look at the extensive review first.