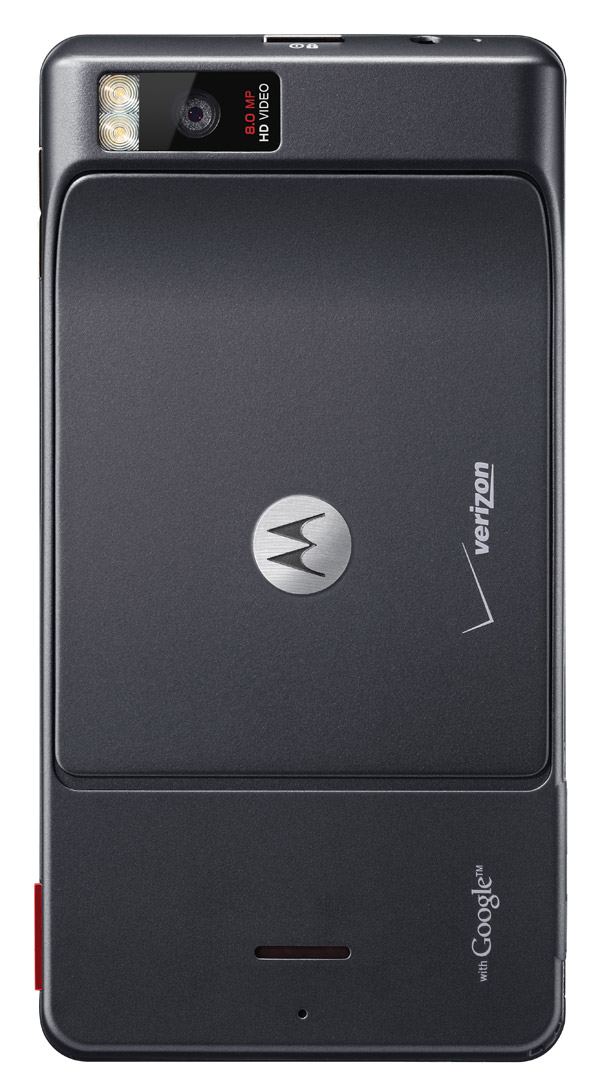 The teaser trailer that we saw yesterday which some believed seemed to reveal more about the DROID X than we originally first saw. Well, some of those “leaks” were correct, and others were not.  Verizon Wireless and Motorola hosted a big event earlier today to officially unveil the DROID X and it looks to be quite the hot smartphone. Instead of that “leaked” July 2 launch date, we are looking at a July 15 release for this device. They also revealed the par-for-the-course $199 price point when paired with a two-year contract and $100 mail-in rebate.

The DROID X from Verizon features a 1GHz processor, but it’s not a Snapdragon. Instead, it’s a TI OMAP unit under the hood. You’ll also notice that it lacks the physical keyboard of the Motorola Milestone/Droid.  Other highlights include the 4.3-inch 854×480 touchscreen, 8GB internal memory, 8MP camera with dual flash, microSD expansion (16GB included), Swype keyboard, GPS, Bluetooth, Wi-Fi, Exchange support, Flash 10.1 ready, and Android 2.1 with a “toned down” version of MOTOBLUR.

3G mobile hotspot functionality with support for up to five devices will keep everyone connected, but this comes at a $20 monthly premium. It may not feature the 4G connectivity of the Sprint Evo 4G, but the DROID X still looks really hot.