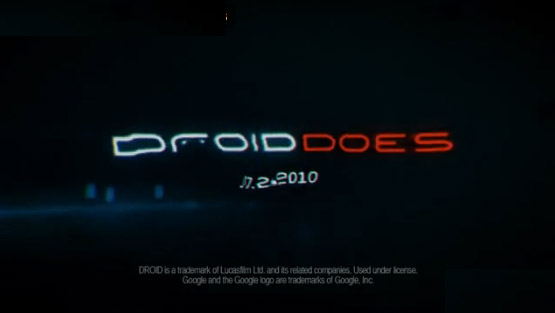 So, you may have already seen that teaser video released to promote the upcoming Motorola DROID X with Verizon Wireless. You probably assumed that it shows nothing more than a name. Well, if you look closely, there’s more to it.   Some very keen eyes have broken down the video and revealed quite a few more details regarding the DROID X smartphone. For instance, the launch date is clearly displayed as 07.2010, but during the “warping” sequence, we can see 07.02.2010, revealing a July 2 launch date.

It could be just a distortion artifact rather than an Easter egg, but it looks pretty convincing. And there’s even more to be found too. Even keener eyes looked into the cyborg eye in the teaser video to see the reflection of several critical pieces of information.

During those first seven seconds or so, we can see mentions of a 4.3-inch WVGA screen, “buddy” icons, the Droid logo, HDMI output, and an 8MP camera. It’s hard to make out and you’ll need to pause and blow up, but they’re there.

Considering how soon July 2nd is, I’m surprised we have yet to see an official press shot of the DROID X. What do you think it’ll be like? This could just be a blur effect duplicating the 2010, but who knows.