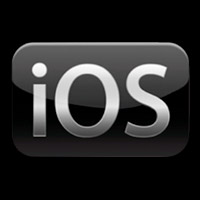 Apple is pushing the iPhone OS 4 update (iOS) to all iPhone models. The iPhone 4, iPhone 3GS, and iPhone 3G will all run iOS 4. Apple will fix a few things that should have been done long ago, like the ability to organize your mail, organize apps with folders, create your own playlists too – this is not rocket science, it’s a catch up game. Unfortunately not all features will be available to the iPhone 3G; multitasking has been held back due to a slight lack in the hardware department. Expect hacks to come out the day after. All phones will of course get the most important feature of all: iAds.

Now if you’re thinking this multitasking is going to let you basically run any app simultaneously with others, then think again mister 20 tab web surfer. iOS 4 is tight, and it’s going to have to be an accepted use of resources in order for Apple to let it continue kicking about in the background. With that said, we know now that certain apps will be maintained in the background with ease, location services will not have a problem, so long as they are low powered and simply send information in the background at prescribed intervals. Audio services can be maintained in the background, letting other apps keep your audio playing similar to the iPod app. VoIP service will be allowed to continue with register strings info.plist by being set as a UIBackgroundModes key. It’s very possible that other apps will be allowed to run in the back, like voice recorders and such, so keep an eye out on the App store as they will start rushing in anytime soon. Keep in mind that developers have had a bit of lead time to get things going for iOS 4.

A bit of info regarding the new features, in Apple’s words which we already heard about back in April.

Multitasking
Now you can run your favorite third-party apps — and switch between them instantly — without slowing down the performance of the foreground app or draining the battery unnecessarily.1

Folders
Organize apps into folders with drag-and-drop simplicity. Get faster access to your favorites and browse and manage up to 2160 apps.

Even better Mail
See messages from all your accounts in a unified inbox, organize messages by threads, open attachments in third-party apps, and more.

iBooks
More than a great ebook reader, iBooks is also an amazing place to browse and shop for books, day or night.2

5x digital zoom
Get closer to your subjects by zooming in up to 5x.

Tap to focus video
While shooting video, tap the display to choose where to focus.

Faces and Places in Photos
View photos based on who’s in them and where they were taken.3

Gift apps
Send apps as gifts to your friends or family.

Spell checking
A built-in dictionary automatically suggests words and corrects spelling. It works in Mail, Notes, and other apps.

Wireless keyboard support
Pair a keyboard based on Bluetooth wireless technology with your iPhone.