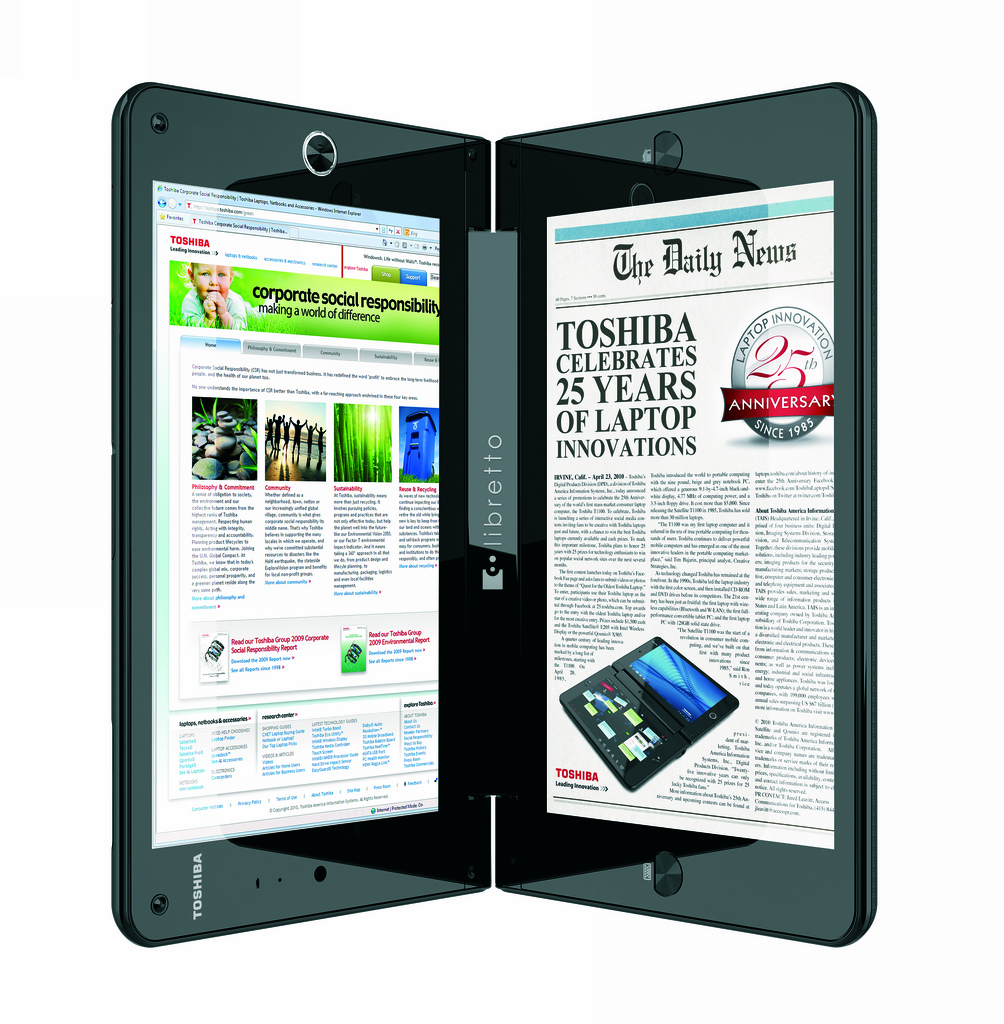 Why have just one touchscreen display, when you can have two? Taking a page out of Microsoft’s abandoned courier project, Toshiba gives it some thought with their libretto tablet concept PC. Formerly known as the libretto W100, you can expect this Smartbook, a new class of devices, to be loaded with full Windows 7 functionality – and tablet mods. Powered by an Intel Pentium processor, 2GB DDR3 RAM, 62GB SSD (that’s an odd size), 802.11b/g/gn Wi-Fi, Bluetooth, 1MP webcam, and a 3D accelerometer for your gyroscopic pleasure.

It’s interesting to see Toshiba embed a pair of seven-inch touchscreen displays for a true “book” like experience. And yes, they do the multi-touch thing too.   Toshiba will provide no fewer than six virtual keyboard modes, plus a virtual touchpad too fully utilizing the dual display technology. The touch keyboards have haptic feedback too. Toshiba expects to fetch a pretty penny ($1,100 US) for its expected launch (in limited quantities) later this summer.