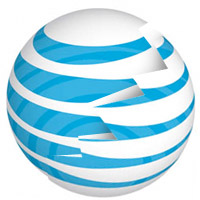 According to AT&T’s letter of apology sent to iPad users, “malicious hackers” are to blame for the exploiting of a security hole that left the IDs and emails of users exposed. Senior VP of Public Policy & Chief Privacy Officer Dorothy Attwood was quoted as saying “The hackers deliberately went to great efforts with a random program to extract possible ICC-IDs and capture customer e-mail addresses. They then put together a list of these e-mails and distributed it for their own publicity.”

The group replied last week saying it exposed the security flaw to inform and protect consumers, and refused to make public their discoveries until AT&T repaired the issue. In response to the FBI’s claim that they’ve begun investigating the incident, the hacker organization said simply, “We did not try to hack your iPads, your iPads are safer now because of us”. They also noted that all findings have been destroyed by both the hackers and Gawker Media’s Valleywag website who received the data from them.

In spite of potentially exposing information in over 114,000 iPad users, AT&T is standing behind their efforts to protect the privacy of customers. In her email, Attwood noted “AT&T takes your privacy seriously and does not tolerate unauthorized access to its customers’ information or company websites. We will cooperate with law enforcement in any investigation of unauthorized system access and to prosecute violators to the fullest extent of the law.”

According to the same hackers that used the automated PHP script to harvest the user information, Apple still has not remedied the security hole.

Apple has not commented on the incident as of yet.