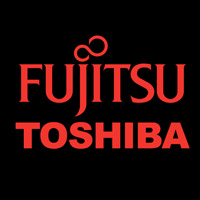 How do you go about competing in the increasingly crowded mobile phone industry? You partner up with another big player to make an even bigger player. At least, that sounds like the strategy coming out of Japan.  Based on what we hear, Fujitsu and Toshiba are currently in talks with one another about merging their mobile phone businesses. This comes from two independent sources and, if the merger goes through, it would result in Japan’s second largest cell phone maker.  Sharp is still the top dog.

By merging, Toshiba and Fujitsu could shave significant costs out of developing phones. The increased level of consolidation would make them more efficient, making it easier to make it to market with newer technologies.

This follows in the footsteps of other Japanese handset makers. Three years ago, there were ten. A successful Fujitsu-Toshiba merger would wittle that down to four, joining the merged ranks of NEC-Hitachi-Casio, for instance.

Don’t expect Fujitsu-Toshiba (or Toshiba-Fujitsu) to become monumentally huge, however, as Japanese makers only have a combined three percent global market share.