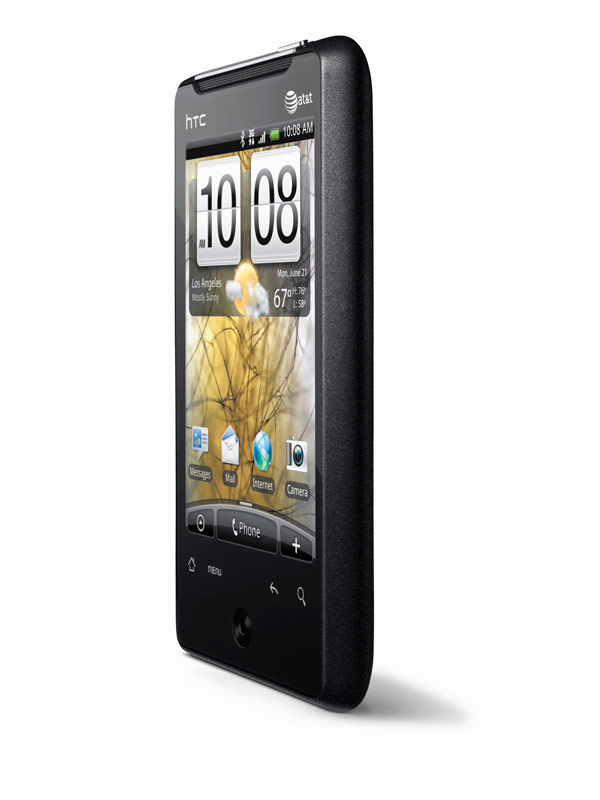 Up until now, if you were looking at Android phones, but in on an AT&T contract your choices were pretty slim. You could go for the Motorola Backflip, or a reincarnation of Dell’s Mini 3, the Dell Aero. Today the Aria enters the Android line expanding AT&T’s offerings with another mid-level phone. The soon-to-be iPhone 4 carrier has been pretty hesitant to pick up any high-end Android smartphones that could compete with the Apple’s devices. This trend goes on with the HTC Aria, with a 3.2-inch HVGA capacitive touch display, Wi-Fi, 7.2Mbps HSPA and a 600MHz Qualcomm MSM 7227 processor. On board is 512MB ROM and 384MB RAM, a microSD slot for expansion, integrated GPS, light sensor, compass, six hour talk-time battery and a free 2GB microSD card. Look for it in AT&T stores beginning June 20 for $129 on a two-year plan with a $100 mail-in rebate.