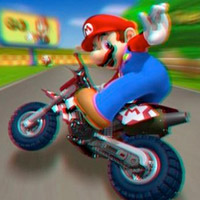 The Nintendo 3DS may not be on store shelves for long, or at all, when the company launches an app store to go along with it. With portable gaming on the iPod, iPhone and iPad growing in popularity by the day, the Kyoto-based video game giant appears poised to combat their newest threat by taking a page from Apple’s book and using it against them.

Chief Operating Officer of Capcom, Haruhiro Tsujimoto, says that his company is greatly anticipating a downloadable software service for the most successful portable gaming device on the planet. Notes Tsujimoto, “What we’re looking forward to is the offering of a new business model. Nintendo has been in the hardware business for a long time and I believe they are looking closely at Apple’s recent success.”

And why wouldn’t they? As of March this year, Apple has claimed 5 percent of the market share of mobile gaming in just one year and only looks to be getting started. To fend off possibly their most intimidating competitor to date, Nintendo is expected to revamp their existing DSiWare service. DSiWare has not by any stretch been a failure for Nintendo, though a simpler means for developers to upload and distribute their apps is expected with a service that may have already been spotted weeks earlier.

Nintendo recently secured a trademark on the name “3DSWare”, and while there is no confirmation that this is in fact the very same app store concept that Tsujimoto was referring to, one must believe where there is smoke, there is fire. Nintendo often keeps things simple, and aren’t known for going out of their way to keep their intentions hidden from the public. What remains unclear is just what type of software Nintendo would make available and, as usual, a pricing model.

Speculation may be for a limited time only, with Nintendo expected to make announcements that cover any and all things 3DS at the upcoming Electronic Entertainment Expo. E3 is set to fire up on June 15 at the Los Angeles Convention Center.