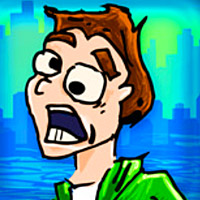 Information technology proponents have always been fond of that word “smart”. It’s not hard for a tek-savvy consumer or innovator to view him or herself as a next step in human evolution, a strictly informational animal, elevated above the physical constraints that have burdened simpler ancestors.

And indeed there is something of a “next step” in evolution about Google Inc., which seems to be not only the world leader in online search, online advertising, and a rising force in productivity apps, but also a coming player in energy production, mobility, cooling technology that’s also cool, and TV.

Certainly Google’s vast reserves of pure profit resources are justified, as were its immediate predecessors’, Apple’s and Microsoft’s, as spoils justly gone to the victors of human evolution.

Yet Google’s hoard is about to get lighter, by $100,000, if Ms. Lauren Rosenberg of Park City, Utah, is granted her suit in that state’s U.S. District court.

Ms. Rosenberg did not elevate the human condition in any of the sectors where Google participates. She did not defeat Google’s awe inspiring engineering division on an even technological field. She did not even outsmart Google’s shrewd executives, who have steered the company through the world’s most dangerous financial waters.

No, Ms. Rosenberg’s achievement can be said to have been more elegant than any of Google’s to date. She went for a walk. And, unable to do it unaided, Ms. Rosenberg turned to her smartphone (a BlackBerry in this case) for help.

It was in relying on Google’s instructions for walking that Ms. Rosenberg’s genius really shone. She got hit by a car, and now she is suing Google for 100K. And why not? She survived her brush with a Darwin Award, and is here to claim her share of Google’s resources. Living proof of evolution in action.

And then there is Mr. Josh Michaels. Unlike Google, Mr. Michaels is getting paid by consumers. His innovation was not possible until the smart phone was invented, so you can say he is standing on the shoulders of giants like Google and Apple to collect his share of their rewards for moving civilization forward.

His contribution? Only the most-downloaded free application for the iPhone, that’s all. It’s called Ow My Balls, a cartoon game where the player guides an average-looking guy toward repeatedly getting hit in the crotch. I know what you’re thinking, evolution is complete, we have arrived. But it’s not over yet! Because Ow My Balls is not going to remain free.

Remember the simulated fart machines that shook the App Store and netted their developer VentureBeat $10,000 to $30,000 per day, spawning dozens of copycats? Evolution is survival of the fittest, and Mr. Michaels has every intention of thriving. “We just wanted to get it in the hands of more people,” he says of his temporary altruism.

Yes, it’s good to be human in the dawning era of the “smart” phone.