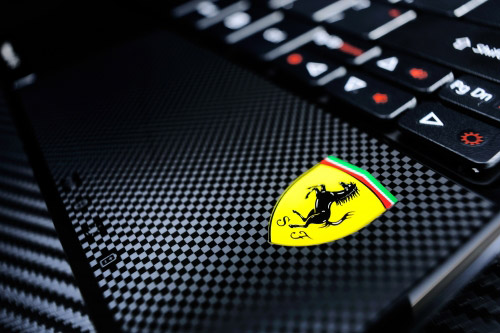 Acer has teamed up with Ferrari to manufacture the Liquid E Ferrari special edition smartphone. The device comes loaded with Ferrari-themed content, like videos, photos and ringtones of Ferrari engines, in addition to the obvious external themed Ferrari red color and emblem.

What is surprising is that Acer has opted for Android 2.1 OS on the Ferrari phone, but not so surprising since they are dealing with Ferrari; speed is key. Running a 768MHz Snapdragon processor, 5 megapixel camera, MicroSD slot with support for 32GB chips, Wi-Fi (wow), Bluetooth, all connected to your 3G HSDPA network. Pricing has yet to be announced, but keep your eyes peeled for anyone walking around with a bright red Ferrari Bluetooth headset, as that’s one of the incentives (or not) to owning the Acer Liquid E.

It doesn’t end there. Acer also released an update to their computing line with the Ferrari One netbook. With an AMD Athlon X2 dual-core processor, this One has 2GB DDR2 800 MHz RAM, 160GB HDD and some HyperTransport 3.0 technology behind it. ATI also got in with the Radeon HD graphics chipset. As a 64-bit system, it’s running on Windows 7 Ultimate. An 11.6-inch LED backlit display, Wi-Fi, and all the traditional bells and whistles; this one’s selling for 650 euro with a free Ferrari F1 championship valve exclusive to Ferrari.com.