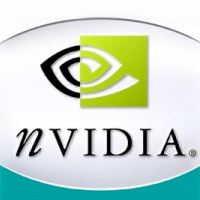 The big bang of computing devices into the mobile space clearly looked like Apple’s iPhone. But as this new universe cools and expands at an unthinkable rate, the early constellations are coalescing around (Google’s) Android’s impressive gravitational field.  At the annual Computex show in Taipei, Apple’s iPad has once again set the bar; the hip device this year is the tablet. But where Microsoft’s Windows and Android are both represented, a clear preference for the Android is emerging (sorry again, Steve Ballmer).

“Windows is too big and it’s too full featured for smartbooks and tablets,” Jen-Hsun Huang, president and CEO at Nvidia said, speaking with reporters in Taipei on Monday. Smartbook is a term used to describe low-cost laptops containing processors designed by Arm instead of x86 chips from Intel or Advanced Micro Devices. “The good news is that we finally have an operating system to unite behind. Android is an operating system that has gained a tremendous amount of momentum all over the world,” Huang said. Strong words in an industry still ruled by Microsoft’s founding principles of fear, uncertainty, and doubt.

Android was designed to run cell phones, but Google’s master stroke was to modify arguably the best, and certainly the most broadly tested all-round operating system for any device, Linux. The result is a rapid adoption cycle in any device sector. So, while iPhone only works on one device, and Microsoft is still trying to get Windows right on the PC, Android is already there and running no matter what kind of hardware standard is set (usually by Apple).

As evidenced at last year’s Computex, where several hardware makers showed off netbooks running Android, and Acer shipped a version of its Aspire One netbook that came with Windows XP and Android installed.

“Android has become the fastest growing mobile operating system in the world and, in fact, it has surpassed the iPhone in terms of growth and in terms of users,” he said.

Today, Apple announced 2 million iPads sold. As always, Apple’s innovations in user interface and long battery life will be a tough act to follow. But Android is up to the challenge.

“Andy Rubin and his team [at Google] know exactly where the industry needs to go. Android started out as a phone but it’s not lost on them that the tablet is going to be very important and that the Android operating system has to evolve, and be enhanced in certain capabilities, in order to be a good tablet operating system,” Huang said, citing graphics performance as one area where Android needs to be improved to match the iPad.

Nvidia has designed the Tegra 2 chip for tablets: dual-core Arm processor, a graphics processor, and other components, all in one chip; they will go on sale before the end of this year.