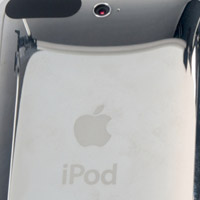 For the longest time, there were only a handful of things that separated the iPod touch from the Apple iPhone. The cellular connectivity is an obvious one, but it seems that one of the other differentiating factors is also going to be removed.  According to the most recent leaks spewing from Apple and out of Vietnam, the upcoming fourth-generation iPod touch will boast a two-megapixel digital camera. Up until now, the iPod touch has been lacking in the photography department, so this is probably a good change for the better. I don’t think it will cannibalize iPhone sales any more than the current iPod touch does.

Just like the leaked photos we found of the iPhone 4G/HD a short while back, these newer leaked pictures are coming out of Vietnam too. In this way, you will want to take the report as a fine grind salt.  At the same time, it does seem to make sense. Remember that Apple has already implemented a digital camera in the (cheaper) iPod nano, so why can’t the iPod touch take pictures too? The lower megapixel count compared to the iPhone is a little disappointing, but let’s hope that it at least has autofocus.