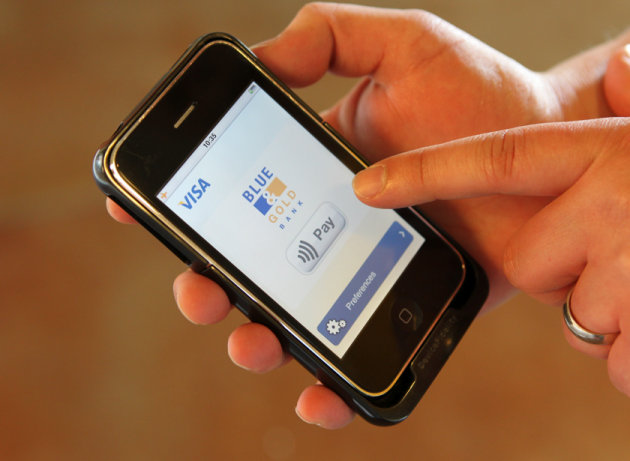 The history of our monetary system is a long and exciting tale; barter turning to the use of gold in some places, wampum (shell beads) in others. Sixty years ago the first credit card, Diners Club, came into existence. Today almost all North Americans are packing plastic, if not credit then certainly debit. Within the past fifteen years we’ve seen the rise of e-commerce with companies like PayPal, creating economies within economies. So what’s next on our path of monetary madness? Well if you’ve recently been to Japan, or are dating a Japanese lady (recommended) you probably already know the answer: wireless payment via your cell phones.

That’s right, soon you will be able to convert your iPhone into an NFC style payment system. For those who are unfamiliar with NFC it is an acronym for Near Field Communication, basically a system that transmits a weak radio signal and with it a small amount of information to nearby devices within a ten centimeter distance. NFC is really just an extension of the already commonly used ISO smart cards which act as replacement for keys in many office buildings or bus passes in some cities. The system comes in the form of an iPhone case built by the company DeviceFidelity. The case will allow the iPhone to use DeviceFidelity’s In2Pay micro sd NFC technology. DeviceFidelity has also been collaborating with Visa to expand NFC technology. “Visa is working to bring the security and convenience of digital currency to mobile users around the world,” said Dave Wentker, Head of Mobile Contactless Payments at Visa Inc. “Our collaboration with DeviceFidelity can extend the reach of Visa mobile payments to millions of iPhone users.”

The iPhone is by no means the first phone to utilize NFC, throughout Asia, particularly in Japan but also in countries such as Malaysia NFC is already being used on a large scale. The main advantage is said to be speed and efficiency, plus it’s a pretty cool way to pay. The user can leave his/her purse or wallet at home, carrying only a cell phone; when it’s time to pay, simply place the phone near a small contactless terminal and like magic, the transaction is done. Buying from a street vendor just became that much more convenient.

When are we equally tech hungry North Americans going to have access to this technology? Patience nerd Skywalker, the NFC force will be with you soon enough. According to DeviceFidelity’s website trials on the iPhone NFC system will start the second quarter of 2010.

So what is in store for our NFC future? Well, it’s possible that in the future NFC could replace not only credit cards but all cards in general. Swim passes, gym passes, adult video store rental cards may all be amalgamated into one NFC chip. One day we may no longer need to carry ID, as the phone/card will carry it all for us.

What about security? As with anything else in life NFC technology is not without its risks. Identity theft is always an issue and information will be password protected, so even lost phones will remain safe.